Beast Cancer and Reconstruction Q & A 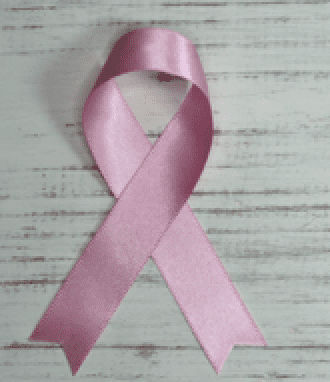 Did you know Dr. Olaya is both a General Surgeon and Plastic Surgeon?

Dr. Olaya is a board-certified General Surgeon AND Plastic Surgeon. This means she can do your mastectomy or lumpectomy, and sentinel lymph node dissection AND your reconstruction at the same surgery. She does not require a second surgeon, thereby meaning a single, surgery with less time under anesthesia.

What types of breast oncology surgeries does Dr. Olaya do?

What is a partial mastectomy?

A partial mastectomy, also known as a lumpectomy, is a surgical procedure that removes part of the breast tissue that has cancer and a small rim around it in hopes to prevent reoccurance.

What is a nipple-sparing mastectomy?

A nipple-sparing mastectomy is a procedure that removes all breast tissue but spares the skin, areola and nipple. A biopsy of the underside of the nipple is also taken at the time of surgery to ensure that cancer is not involved in the nipple.

What is a sentinel lymph node dissection?

A sentinel lymph node is the first lymph node that filters fluid draining away from the area of the breast that contained the breast cancer. If cancer cells are breaking away from the tumor and traveling away from the breast via the lymph system, the sentinel lymph node is more likely than other lymph nodes to contain cancer. The idea behind sentinel node dissection is this: Instead of removing 10 or more lymph nodes and analyzing all of them to look for cancer, remove only the one node that is most likely to have it. If this node is clean, chances are the other nodes have not been affected. In reality, the surgeon usually removes a cluster of two or three nodes — the sentinel node and those closest to it. (definition from breastcancer.org)

What is involved in a sentinel lymph node dissection?

Why should I have a breast reduction/lift before mastectomy?

For women with larger breasts, reconstruction (placement of implants) after a mastectomy can be challenging. The blood supply to the skin and nipples can be greatly affected when a large amount of breast tissue (mastectomy) is removed, therefore by reducing a portion of the breast at a time, the skin and nipples can adjust to the change and reduce the risk of becoming necrotic (dying as a result of lack of blood/oxygen). Another benefit of a breast lift before a mastectomy and reconstruction is that the nipples and areolas can be positioned to a more central position, rather than sagging or pointing down. Lastly the size, shape and position of the breast after breast reduction/lift and post mastectomy reconstruction are generally more cosmetically appealing.

This does mean a two stage surgery, requiring at least 3 months of healing between part one and part two.

What are some of the reconstructive options?

Dr. Olaya’s goal for her patients are to undergo as few surgeries as possible, therefore her most common reconstructive option after a bilateral or lateral mastectomy is immediate reconstruction with implant(s).

Other reconstructive options include latissimus flap reconstruction, fat grafting or placement of tissue expander. Tissue expanders generally require a second procedure at a later time, in order to replace the expander with either a silicone or saline implant. This type of delayed reconstructive procedure may be necessary when the skin and tissue are fragile, limited or lacking enough blood supply to retain an implant.

Please call our office to schedule an appointment to discuss your options.

What if I have a history of breast cancer and do not like my reconstruction?

You are entitled to revisions if you do not like the appearance of your breasts after breast reconstruction or mastectomy! Dr. Olaya specialized in a variety of reconstructive surgeries. The amount and health of your skin and tissue covering the breast, as well as size and shape of remaining breast(s) will determine the options for surgery. As the patient you have a say in what size you’d like to be, the height, position and shape of your breasts and what type of implants are used or not used. Please call our office to set up an appointment with Dr. Olaya to discuss your options.